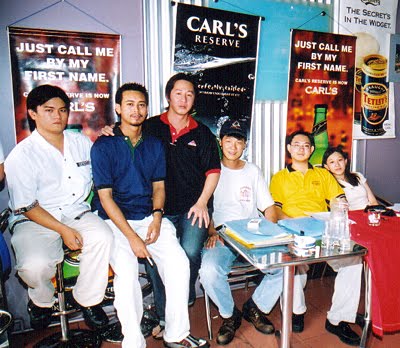 The organising committee: Teik Eng, Shaul, Raymond, Jack, Cyrus and June. Peitro was somewhere in Kuching.... but the very next day, he flew in just in time for his game... admirable!! 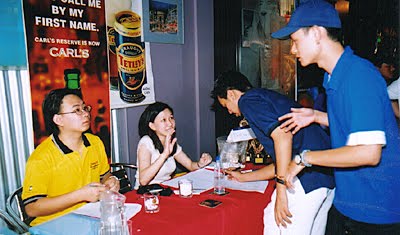 Edmund throwing a question at Cyrus. 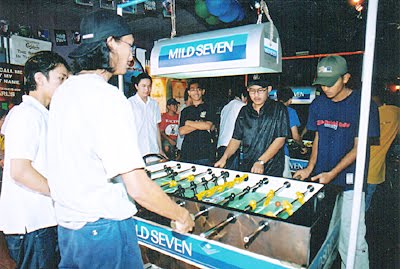 A photo of the main dude behind this tournament, Walter. He is the dude in black, sitting down next to Cyrus. 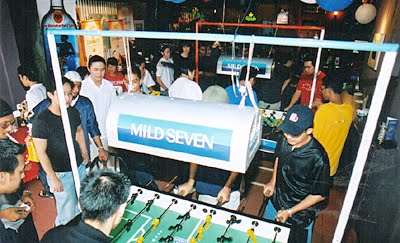 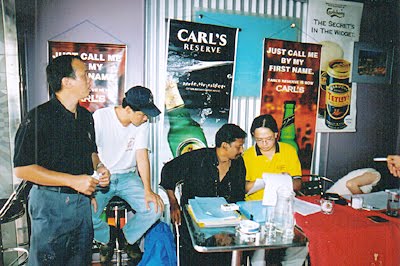 Ah... a better shot of Walter having a discussion with Cyrus. A friendly match between Jana and Edmund. 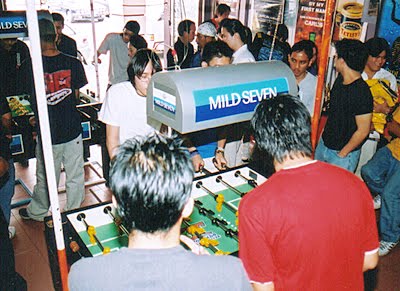 Jerry and Han versus Simon and Alan in a friendly. 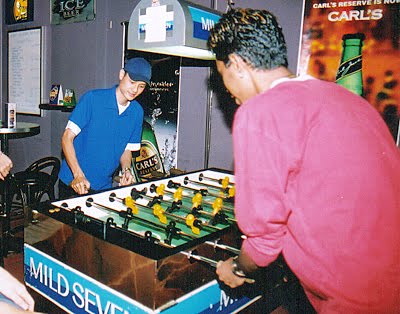 Another shot of the friendly between Jana and Edmund. 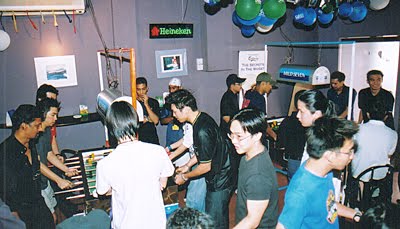 A photo taken from the stage. 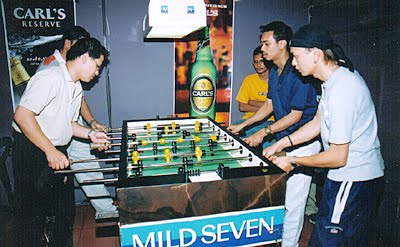 Another shot of Michael and Azlan versus Bobby and Shaul. 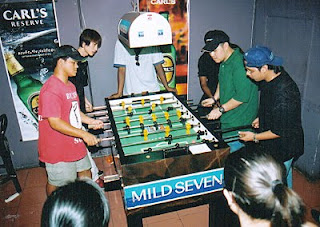