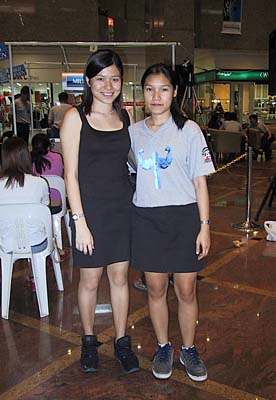 Lee Sze (did someone say "Montoya"?) and Joanne Seaton. 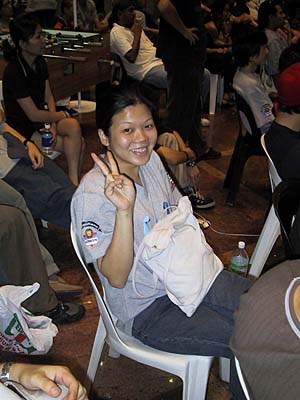 Pui Kang Yuen after the Ladies Singles final with Aunnie. 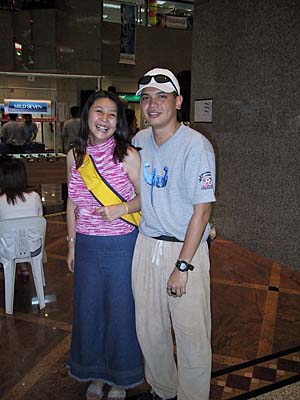 Yumiko and Joel. Joel was waiting for his Single Finals match with Raymond Tang. 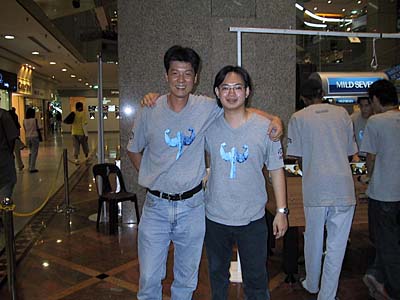 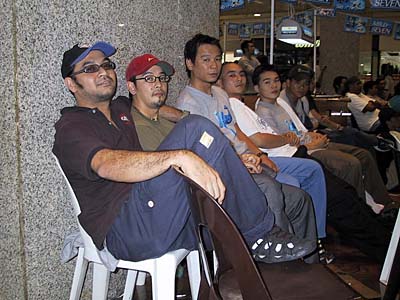 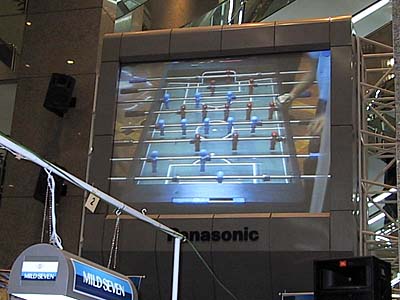 The Lowen Singles Final on the big screen. 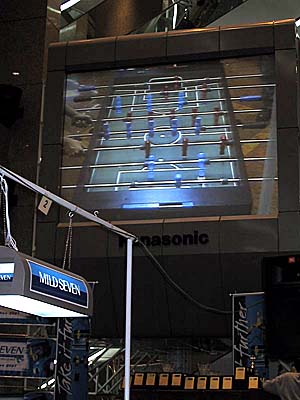 Another view of the big screen TV. 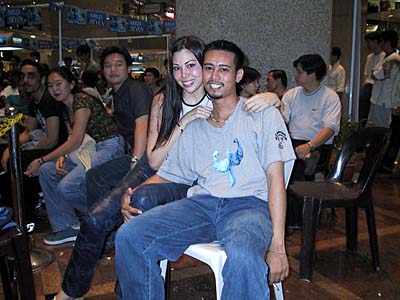 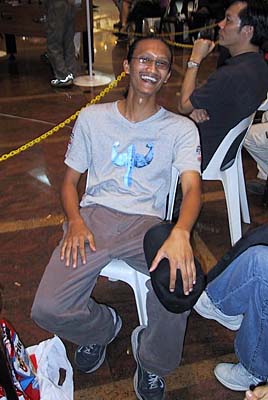 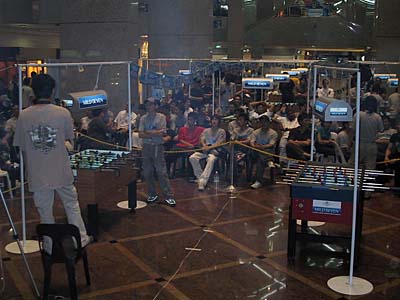 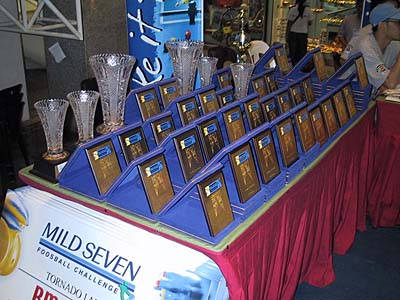